Installation of an Acoustic Hood to enclose each pod on the Star Flyer ride was a more unusual project for Noiseair to get involved with and one that we enjoyed from start to finish, with great results which satisfied our client, Environmental Health Officers and also the local residents, both living in nearby flats or working in surrounding offices.

Initially we were contacted by our client The Mellors Group a leader in delivering large events and specialised ride attractions. The Star Flyer being one of Mellors ‘flagship’ ride attractions. At the time, being located at Winter Wonderland in Hyde Park, The star Flyer ride didn’t pose any issues regarding being a noise nuisance as there was no immediate neighbours living in the proximity.

However, after the launch of the new ride attraction in Hyde Park our client was keen to relocate the Star Flyer to a more built up location, situated on the South Bank next to the London Eye… this is where Noiseair came into the scenario!

Being some 70 meters high it was soon realised that thrill seekers riding the Star Flyer would scream… and quite loudly!

Whilst not a problem in Hyde Park, the same couldn’t be said in the new proposed location. The Mellors Group were granted permission from the local council to relocate the ride, but on the proviso that noise investigations were instigated and mitigated against  due to the close proximity of residential flats and office buildings that enveloped the attraction (see photographs above).

As Acoustic Consultants we were involved in all aspects of liaison between Mellors Group, The London Council and the local residents committee and attended a meeting between all parties where residents were given the opportunity to discuss any concerns regarding noise and we were able to offer satisfactory reassurance.

Laboratory Testing Of the Acoustic Hood

Noiseair first took a series of noise readings from the Star Flyer whilst in operation in Hyde Park and taking into account the elevated noise levels of people screaming and the background noise levels at the South Bank area confirmed that mitigation measures would be required in order to satisfy the planning conditions.

Our proposal was to enclose the seating pod as much as practically possible and in liaison with The Mellors Group and several other engineering specialists a first prototype ‘experimental’ acoustic hood was designed and acoustic testing carried out. This resulted in favorable noise containment but other factors i.e. wind loading etc also needed to be taken into account and so a more robust 2nd prototype followed shortly afterwards (see images below).

Once we had agreed the design and all associated safety aspects were passed for the pod we then embarked on acoustically testing the enclosed acoustic hood in laboratory conditions. In conjunction with Sound Research Laboratories (SRL) intensive acoustic testing was carried out in laboratory conditions. Results were good, the acoustic hood providing a successful 10dB noise reduction.

The Star Flyer on the South Bank was good to go! 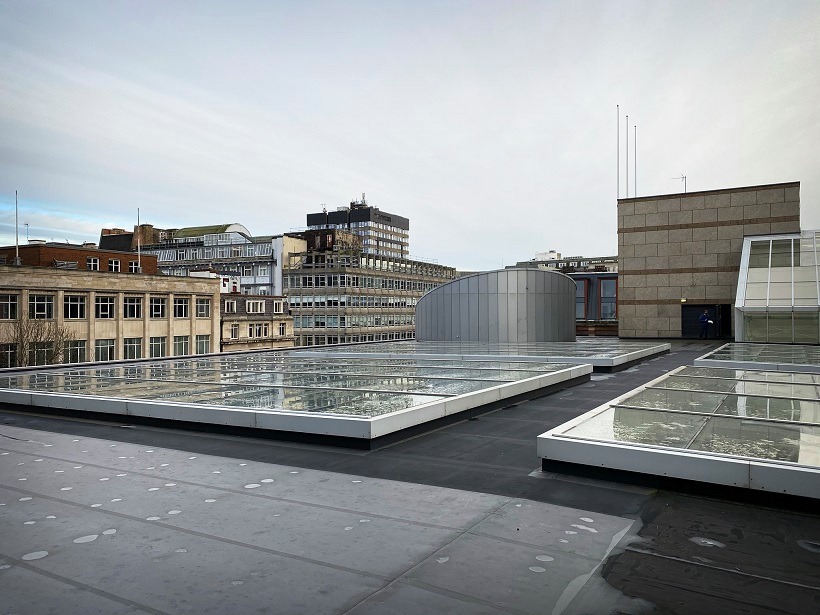 How to make a simple acoustic enclosure